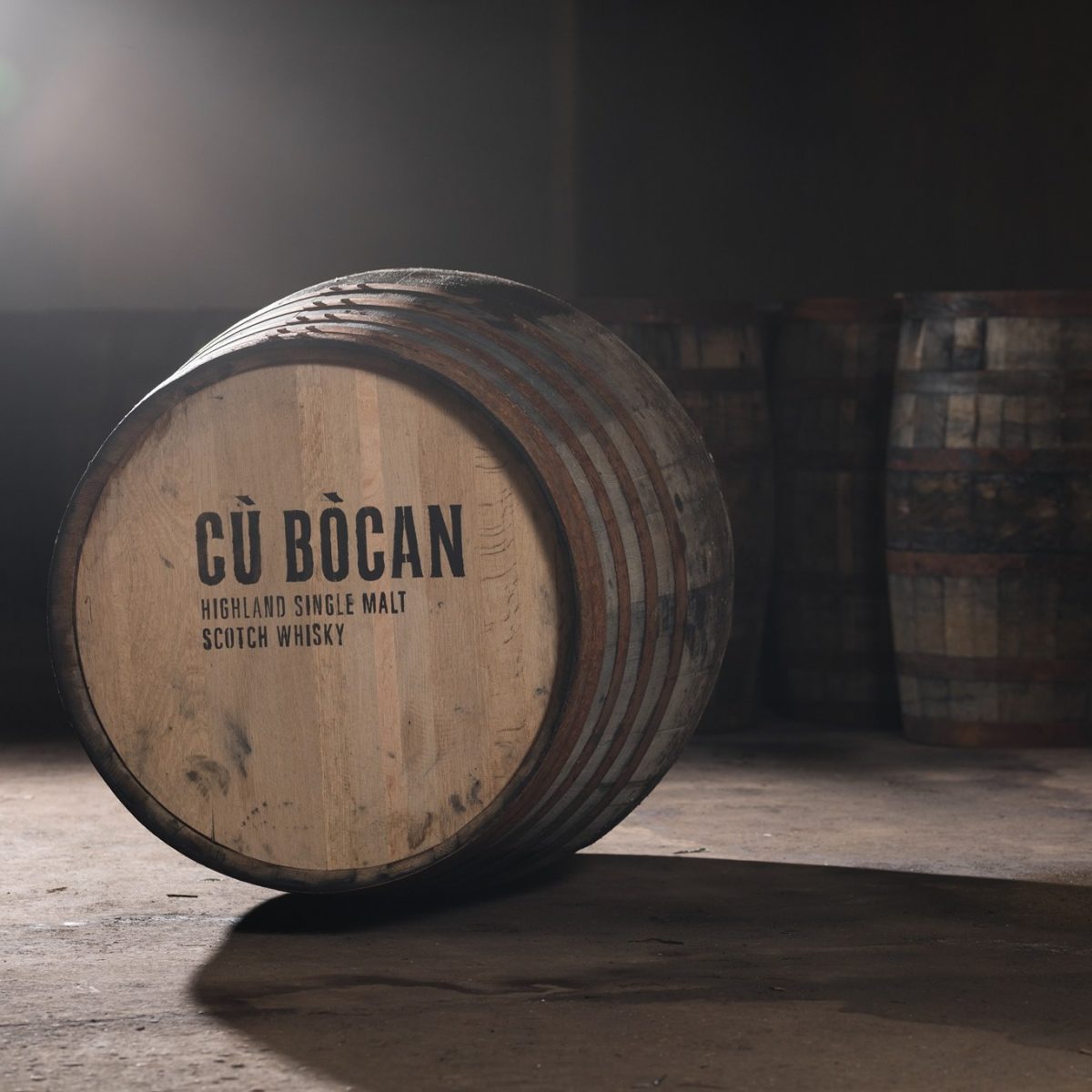 We have received our shipment of the two newest Creation releases from Cù Bòcan. I am a fan of the Tomatin Distillery, so I was on board when I heard they were releasing a slightly peated range all those years back! They have most definitely come a long way in that time, with these 2 releases taking gold medals at this year’s San Francisco World Spirit Competition. When a distillery can step away from its “normal” way of crafting whisky to do something “experimental”, then succeed at that endeavor, I’m all for it.

Cù Bòcan is made with lightly peated Scottish barley and distilled in small batches every winter. The spirit is then put into carefully chosen casks that are not your run-of-the-mill combinations. Those cask decisions are what gives the finished product the uniqueness they are after. Resulting in a wonderfully balanced sweetness with whiffs of subtle smoke.

“The tastes and smells of a Moroccan Souk are brought to life with the exceptional Cabernet Sauvignon casks used for this innovative Creation. Light smoke with a touch of strawberries in balsamic vinegar, exotic spices, citrus and tropical fruits.”

“Our fourth Creation is a nod to The Antrim Cocktail, marrying two of Europe’s most revered drinks, Port and Cognac. The end result is a medley of plum jam, grilled peach, stewed forest fruit, cinnamon, and sweet campfire smoke.”

So if you are a fan of Tomatin Distillery and have not given this range a try, you should rectify that! The Highland sweetness you love, with just a hint of smoke.

It’s that time of year again, where everything and anything is on sale! Most of which ends up being unnecessary clutter. We may be biased, but I think our industry has the best kind of deals. Consumables that make you happy! The contents go away over time, the container can be repurposed or recycled, it isn’t something that becomes obsolete over time, and most importantly it brings you joy! We don’t need more random stuff…consumables, quality wearables, and things you can use all the time are the way to go.

With that said, we have an abundance of sales across the site at every different price point. Here are just a few of those on offer:

These are only a handful of what we have on offer! Pop on over to our Specials Page to see al the other tasty bottlings we have on sale!

If you’re a big fan of special cask finishes, you may want to check out Tomatin’s newly released French Collection! Created to showcase what exceptional French spirits can do to impart their array of flavour profiles on some of the best Highland whisky!

This collection has been 12 years in the making!  It is a 4 part release, with the first three already out in the wild. The 4th installment will be released later on this year.

Here is a rundown on the current releases:

Distilled on 25th April 2008, the Monbazillac aroma dances between notes of dark, maple syrup and intense espresso, balanced with cinnamon baked apples. On the palate, there is a sweet cereal flavour combined with sweet milk chocolate and honeycomb ahead of subtle spices and emerging nutty flavours. The finish is rich with walnut and maple syrup.

Distilled on 19th September 2008, the Sauternes brings a burst of peach and apricot on the nose, calmed by rich Manuka honey. The sweet honey continues on the palate accompanied by coconut and ginger. The finish is wonderfully sweet and fresh with a syrupy mouthfeel indicative of the Sauternes wine that once occupied the cask.

Distilled on 19th September 2008, the Rivesaltes marries our characteristic fresh fruit notes incredibly well with the sweet nutty flavours for which Rivesaltes wine is known. Contrasting sweet and bitter flavours dominate the palate, held together by an underlying barley aroma. The finish is velvety with the flavours from the palate lingering for some time.

The 4th and final release will be The Cognac Edition.

The French Collection is a great example of Tomatin’s dedication to craft and excellence, with each expression showcasing how respective finishing cask affects the original spirit – a concept Tomatin championed in the Cuatro series released in 2014, which was very well received.

We have produced four remarkable expressions which will appeal to not only whisky enthusiasts and collectors alike, but also a wider audience. On top of this, we are also very excited for consumers to be able to experience each expression with the ambisonic content series launched today.

Grab a bottle of your own HERE.